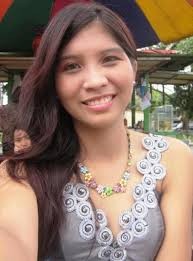 Ms. Kristel Tejada, 16, would have been alive today had not the school officials of UP Manila acted more like they were bank officers motivated to chalk up more profit rather than act as “educators” charged with the lofty duty to train the minds and promote the well-being of their students.

This freshman from Tayuman taking up behavioral sciences from UP Manila was forced to take a leave of absence after her plea  to secure another loan of P10,000 from the same school to cover the cost of her tuition fee, fell on deaf ears. Embarrassed and depressed, she ended her life by imbibing a poison, her thirst for knowledge was more valuable than her life. If she could not be inside a classroom, she might as well be dead! She took her life on March 15, days after she was told she cannot go back to her classes and her library privileges withdrawn after her class ID was taken by the school.

Unlike Socrates whose intellect was ahead of his time, Kristel who thirsts for education chose to drink another kind of poison, because she could not brace  herself up looking at her classmates inside a classroom in joyous banter while she was outside peering in. It probably her sense of self-pity and helplessness that took the better part of her youthful innocence. It was her dream shred into tiny bits that that led her to desperate measures.

For a premier institution supported by tax money, to pursue the rigid commercial principle of our services for your money, speaks of how our educational system becomes rotten to the core. But if this is the condition of our school system today, one wonders why Kristel would trade it for her life, after all, Steve Jobs and Bill Gates were college drop-outs. But unlike Kristel, these two greats had been privileged to see enough of the inside of a classrom not hobbled so much with cash-flow, they simply saw school diplomas being irrelevant.

But let us not compare Kristel with the exceptional human beings. Let us look at her as normal young student whose dream is to cultivate her mind, secure a diploma, find a job and hope for a better life and help her four younger siblings. Nobody should begrudge her for that.

First off, she has applied for the Socialized Tuition And Financial Assistance Program (STFAP) from UP, meaning she came from the less privileged and would want to avail of the “benefits” for the poor. Unable to be approved for a full tuition fee discount, she moved that it be reconsidered, but meantime, she applied and was granted a student loan to pay for her tuition fee. Her father was a taxi driver and her mom, a housewife.

As the second semester approaches, she had applied for another loan, while the school authorities were allowed to review for the whole full year her request for a reappraisal of her petition for a “full tuition fee discount.” The Loan Board denied her loan for reason that her first semester loan had been past due. Though not officially enrolled she continued to attend classes feeling empowered that she was inside a classroom though it came with a heavy price of not being called for to participate in class discussions.

Let me rephrase it:

The board wanted to give her money for tuition provided her loan incurred in the preceeding semester be paid first. I am lost here. If she has money to pay for her first loan, why would she apply for another loan? Is not life simplier if she would just use the money to pay her tuition fee instead of paying off her old loan only to apply for the second loan? Was not her request for loan proof enough that she has no money to pay the old loan and therefore the school must not used prepayment of the first loan as a condition for the second loan? And please remember that she has a pending request for a “full tuition fee discount” which if approved, would only require a pencil exercise to extinguish whatever loans she had if only the school authorities acted on her request more expeditously instead of sitting their butt on it. But if it proves that she was not qualified because her parents had money to send her to school, would that ‘misrepresentation’ enough motivation to end her life? Is not life simplier if she would have just asked her parents to foot the bill instead of engaging in a charade?

Or her family was really that destitue with house coffer entirely empty and barren? After all how much a taxi driver earns in a day to be able to support 5 children and a stay-home mom? Not much really.

Anyway, her predicament was lost on the school authorities — their wisdom at odds with realities, saw more Kristel or a couple of students like her without money sitting in a class can spike operational cost, – more electricity consumed, more pay for their instructors and more books out the library shelves. But these concerns were cost inlaid already. It does not matter if a class is composed of 30 or 32 students, operational outlay would remain fairly constant.

The school authorities must have seen Kristel as someone that can be squeezed to put up money for tuition — she instead coughed-up blood!

A recurring paradox must not be lost over this tragic incident. UP Manila is in the heart of Ermita, the world’s cheapest fuck according to author F. Sionil Jose. Young coeds without money escorting foreigners and businessmen in brothels were as ubiqituous as the swallows scavenging for food in breakwater of the Manila Bay at dusk, so at dawn they have tuition money the equivalent of what most beer house patrons in the same area spend in an hour or two over bottles of beer and “pulutan.”

But for all her prudent innocence, Kristel did not see this route as an acceptable option, despite’s life being horrendously unfair to her.

Many in Kristel’s circumstance can succumb to this kind of temptation brought about by uncaring and insensitive school board. Come to think of it, these swivel-chaired officials gave their young coeds reasons to trade flesh for tuition. They are actually the modern-day pimps enjoying the immoral money earned by their students so they can sit the whole day in their air-conditioned rooms to add more cellulites in their stinking behind. They are also paid by tax money collected from the people, poor and rich alike to become public servants but totally clueless of the meaning of what public service is all about.

Making money instead of educating their students seems to be the engine that drives most schools today including UP. No wonder, Senatoriable Cynthia Villar, despite her UP education was opposed to closing down 23 nursing schools that produced students that cannot pass their board exams because the school must be allowed to earn money from their investment.

“Perhaps the very conditions associated with these ‘diploma mills’, where children of the labouring classes saw their aspirations to social respectability exploited in the factory-like, profit-driven mass production of college graduates, served to undermine such attempts to single out individual students for disciplinary measures and to invoke absolute administrative discretion over academic issues and campus life alike. In any event, rather than submitting to the terms outlined by college administrations with regard to proper conduct and, ultimately, private property, students challenged them, collectively and publicly, by picketing campuses, marching in the streets of Manila, and demonstrating outside Congress in the late 1960s. Whilst this wave of student activism focused but brief attention on ‘dialogue’ and ‘reform’ at the top of college administrations as well as national government, it also left behind a battle-scarred downtown area where buildings with broken and boarded-up windows remained in powerful testimony to the moment of struggle, thus recalling fragments of collective memory from the amnesia of history through lived experience itself.” (p. 126).

It is about time that we remove schools from the hands of businessmen and put real educators at their helms.

12 thoughts on “School Is A Big Business, Let Us Not Kid Ourselves!”