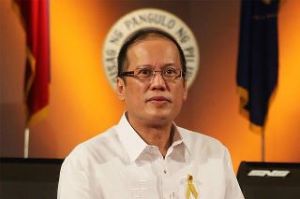 I am ashamed to admit that during the last presidential elections, I have twice remitted very small amount of money, and I have Paypal receipts to prove it, to the Yellow Movement, Inc.,  as my symbolic participation in the election and wanted PNOY to win as president out of fear that Manny Villar or Joseph Estrada could win.  Mr. Villar is the quintessential rent-seeker — he pursues politics for economic gain. As a politician, he lobbied before the DPWH  to build roads and other infrastructure across  the Alabang-Paranaque-Cavite area where  his subdivision complexes  were; while  you cannot put Estrada back to Malacanang because he thought of the Malacanang Palace not as a symbol of dignity and authority but an elegant watering hole for  gamblers,  influence peddlers or plain criminals and midnight cabinet personalities partying until early morning, not to mention the fact that he enriched himself with P500 million jueteng payolas in two years, built palaces to his mistresses and lobbied against the SEC investigation of the BW Resources to protect friends that made money for him.

I would have preferred Dick Gordon or Bayani Fernando, but these two candidates did not have the organization and the money to mount a very credible nationwide campaign.  So I got stuck with PNOY.

This man in Malacanang is a disgrace to the memory of his illustrious father, Ninoy  Aquino.  He cannot understand the pain of the soldiers; the wailings of their loved ones left behind because these  Army recruits belong to the lower class of the society and not from the class origin of his maternal progeny, the “ilustrado” and the elite of the Philippine society, the Cojuangcos.  His discernment is totally lacking of the greater symbolism of this tragedy: that the authority of the Republic is being diminished and its government, hostage by the bandits that perpetrated this horrendous carnage.  He can only sue for peace!  What a wimp!

Somehow, the suspicion that another Cojuangco plotted the death of Ninoy at tarmac in 1983 was gaining currency. Ninoy’s death or his martyrdom would bring both financial and political bonanza to the Cojuangcos.  Corazon Cojuangco became President in 1986 by capitalizing on the sympathy of Filipinos and now, Simeon Cojuangco sits in Malacanang, and  Kris Cojuangco could be next in line.  This  Shakespearean tragedy is too real!

10 thoughts on “PNOY, A Shakespeare Tragedy!”