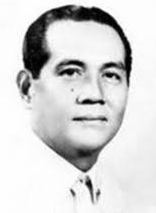 Did GMA soil the integrity of her father, President Diosdado Macapagal and her physical ailments bear witness of her Dad’s wrath?

During the 1965 presidential elections where Ferdinand Marcos ran against Diosdado Macapagal, General Ramon Gelvezon had adroitly sidestepped pressure from President’s ally Sergio Osmena to raid the Danao City bailiwick of Cebu’s warlord Ramon Durano.  This is how Gen. Gelvezon said in an interview:

“When Macapagal went to Cebu, he asked  to accompany him to the house of Sergio (“Serging”) Osmena, then mayor.  He told Sergio Osmena to coordinate with me. I don’t know what he meant by “coordinate”.  The poor fellow, the late Serging, took (it) probably as to take orders from him. So one day before or two days before the election, this was in 1965, he calls me up and gives me orders.  “You should raid the Danao town, the town of Danao, you raid.”

I said, “By what reason should I raid?”

He said,  “Didn’t you know that you took the order of (sic) the President Macapagal that I can give you orders?”

I said, “Yes, but if it’s right… you call up General Olivares.. our P.C. chieftain then, get from him clearance to give  me orders to raid, I will raid.  But I will not take on my own to follow your orders.  I’ll follow my .. direct commanding officer, okay?

So, he called up probably General Olivares, in turn Olivares called me up, “Oy Ramon, what happened?”

Serging wants me to raid Danao,” I said, “You give me the order, I will follow.”

I said, “Very much. Imagine raiding a political opponent on the  eve of election?” I won’t do that if I were you, but if you give me the order, I’ll follow it”.

He (General Olivares) said, “No, I will not give the order.”

Pressed further about  the implication of this exchanged relationship with President Macapagal, Gelvezon argued with great conviction that he had preserved his professional integrity.

“I know Macapagal is a level-headed fellow, who would not utilize you. If he had wanted me to be used, he would have called me confidentially and said, “You make me win in the election.”  But he didn’t. He was too decent to tell that to me, or maybe he was too honest to himself.  He never gave me instructions, honestly speaking.  In conscience and in God, he never told me and he could have told me”.

2 thoughts on “Are GMA’s Ailments Bear Witness Of Her Dad’s Wrath?”