One hundred fifty years after Rizal was born and 115 years after his death, the Philippines is still under the clutches of tyrants, only this time from local tyrants. 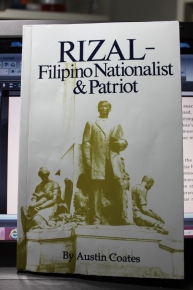 “In our town, we saw, almost every day, the lieutenant of the Civil Guard, and the alcalde (mayor)  on his occasional visits, mauling and beating the defenseless and peaceful townspeople who had not taken off their hats and greeted them at a distance.  In our town we saw unrestrained force, violence and other excesses committed by those who were entrusted with keeping the public peace, and outside, brigandage – the bandits against whom our authorities were impotent. Within, we had a tyranny; outside captivity.  And I asked myself therefore if in those countries beyond, on the other side of the lake (referring to the Laguna de Bay) life was  the same, if peasants there tormented with hard and cruel tortures on mere suspicion, if homes there were not respected, if to live in peace it was necessary to bribe every tyrant.”

Fast forward that early musing of a young boy from Calamba to the present  realities in the country today and picture in your mind the unabated salvaging of people suspected of crimes, and tortures of those people arrested inside police precincts to find that the 18th century is not quite apart from the 21st century.

The only difference maybe is that our bandits today, though they hold us in captivity as well,  are not outside our town, but manning our bloated and inefficient bureaucracy – dressed in fine linen  suit or jusi barong and we addressed them occasionally as Mr. Senator, Mr. Congressman, Hon. Judge, or  Sir General or His Excellency, Mr. President.

Aside from Retana’s early biography of Rizal, (Vida y Escritos del Dr. Jose Rizal), there is one written by a European,  Austin Coates, that every Filipino should read,  “Rizal – Filipino Nationalist and Patriot”, 378 pages, ISBN 971-536-1331, Solidaridad Publishing House.

The book flipside cover summarized our national hero this way:

“Jose Rizal (1861-1896), Philippine poet and patriot, exact contemporary of Tagore and forerunner of Gandhi, died before a Spanish firing squad, aged 35. His writings inspired the Philippine Revolution of 1896-98, the earliest national uprising against a colonial power in Asia.  But Rizal himself was eclipsed when the main scene of Asia’s struggle for independence shifted from the Philippines to India.  In his own country he continues to be revered as a national hero, and has had greater influence on his  people than any other man.

The Spanish philosopher Unamuno described Rizal as the Tagalog Christ; and his life, while dedicated to his people, also a universal  relevance. In Asia he stands with Sun Yat-sen, Gandhi and Tagore, as one who remoulded  the thinking of a continent.  But as a Catholic in the age of Darwin and Frazer he transcends both country and continent. In the harmony of religious faith and scientific knowledge, which his life demonstrates, he stands in Asia for what Renan and Teilhard de Chardin stand for in the West, with the difference that Rizal was killed for what he believed, the instigators of his death being Spanish friar missionaries out of touch with the Catholic changes in Europe.”